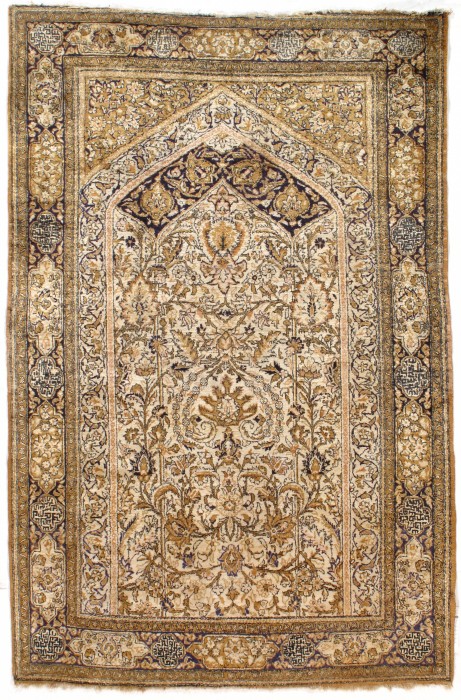 Qum rugs are manufactured in the city of Qum, which is located in central Iran about 100 kilometers away from the country’s capital city, Tehran.

The Qum Province is often referred to as a holy city and is as famous for its rich religious history and religious monuments as it is for its high quality, pure silk rugs. Some of the highest quality Persian rugs are produced in this religious city although the history of weaving in Qum is still fairly new as compared to some of the other rug weaving provinces.