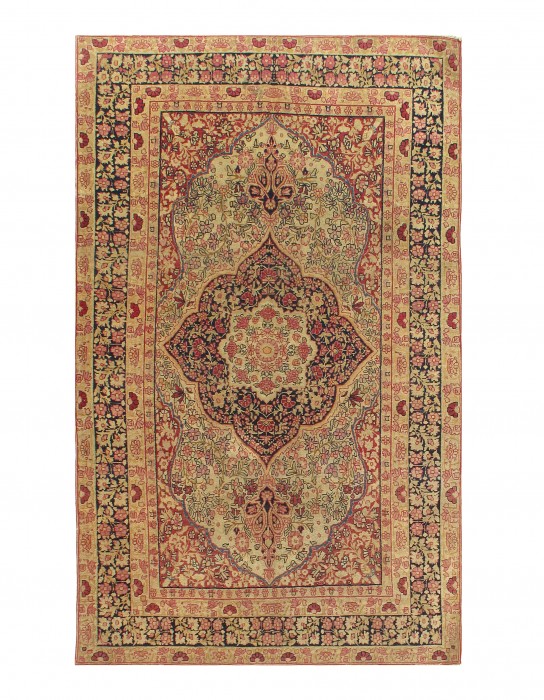 A unique and recognizable style of antique Oriental rug all its own, the Kermanshah approach to Persian rug design was largely informed by influences from the Kurdish and Lori tribespeople of western Iran. Kurdish rugs and carpets are distinctly tribal works, recognizable for their eccentric treatment of traditional elements of design. Much the same may be said of antique Lori rugs, which also utilize a primarily geometric repertory. Loris will also feature highly stylized animal forms arranged as allover patterns.

The similarities between Kermanshah, Kurdish, and Lori antique tribal rugs and carpets is largely geographical, but is also owed to Kermanshah’s role as a center of trade for the region. Kermanshah, which also referred to as Bakhtaran, is a majority Kurdish city, and is an important trade center for the region. As a result, Kermanshah rugs and carpets both influenced and were influenced by neighboring peoples. The tribal aesthetics of these rugs and their cousins is considered especially appealing by collectors of antique rugs, and by designers, who prize such pieces for their rich sense of cultural authenticity. Unique and fascinating, antique Kermanshah rugs and carpets are an intriguing style of antique Persian rugs.