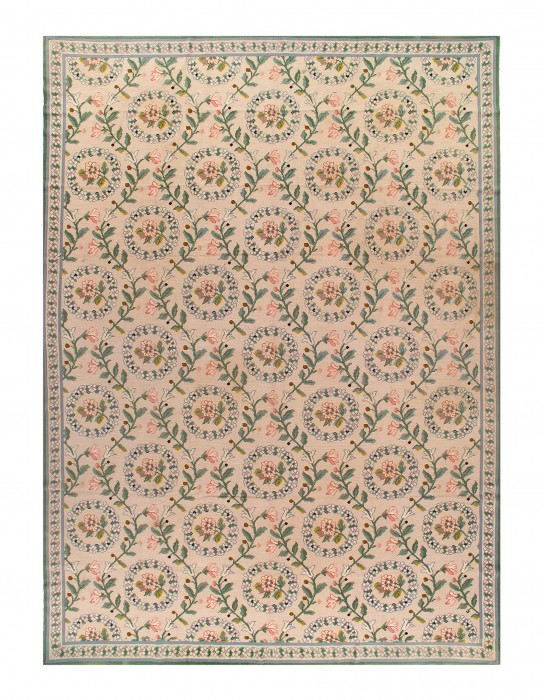 In the 17th century French artists and weavers invented the art of weaving rugs with depth perspective. This technique is so artistically demanding it has never been copied by the rug weavers of the east and even today only European rugs such as Aubusson, Savonnerie and Needlepoints have three dimensional patterns.

The origins of Aubusson rugs and tapestries are shrouded in mystery. Historians have speculated that tapestry weaving could have been brought to France by members of the Saracen army who stayed behind after their defeat at the battle of Poitiers in 732. What is more surprising is that that Aubusson rugs and carpets are still being made by hand 1281 years later in the small village of Aubusson on the River Creuse, a four hour drive from Paris.